Origin of the Boys Scouts of America

​The Boy Scout movement began in England with the publication of Scouting for Boys on January 25, 1908. This book was a field manual written by British army officer Robert Baden Powell.  The year before his book was published, Baden Powell tested his ideas by camping on England's southern coast for nearly two weeks with twenty adolescent boys.  The boys played games, went hiking, and learned how to cook outdoors. Scouting continued to grow in England and by its first census in 1910 there were 100,000 youth involved.  At about this same time, a Boy Scout in London came to the aid of American Chicago businessman William Boyce when he was lost in the fog.  Boyce tried to tip the boy, but the boy refused, saying he was a Scout and could not accept a tip for a good deed.  Boyce was intrigued, and after returning to America, he organized the Boy Scouts of America which was incorporated on February 8, 1910. 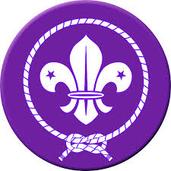 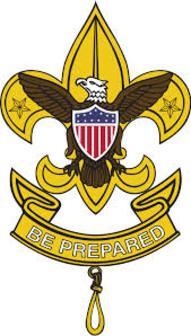 Words to Live by in Scouting

Mission of the Boy Scouts of America:

The mission of the Boy Scouts of America is to prepare young people to make ethical and moral choices over their lifetimes by instilling in them the values of the Scout Oath and Law.

Do a good turn daily

On my honor I will do my best to do my duty to God and my country and to obey the Scout Law; to help other people at all times; to keep myself physically strong, mentally awake, and morally strait.

​​As an American, I will do my best to -
Be clean in my outdoor manners.
Be careful with fire.
Be considerate in the outdoors.
Be conservation minded.